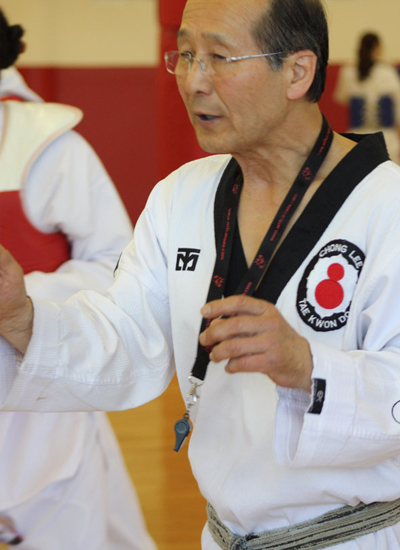 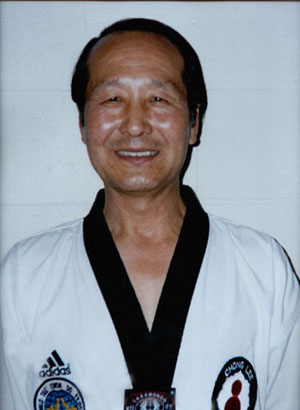 He had to overcome many obstacles to secretly learn the martial art from his family. he had to hide is Tae Kwon Do uniform in a tree trunk or in secret locations, which deprived him of a clean uniform to train in. Many times he was shunned from his classmates because his uniform was dirty and smelled foul. For a young boy of ten, it was not easy to keep such a secret. Grand Master Lee had a deep love for Tae Kwon do and held a strong spirit for fighting. His determination to learn and his courage to keep his secret from his own family made him an excellent athlete.

West Island tae Kwon Do was founded in 1986. For over 28 years tae Kwon Do students practiced and learned their art under the tutelage of qualified Black Belt Masters and Instructors. Our school is the first Tae Kwon Do school to open in the West Island. We have over 200 members at our school of which many have been training with us for over 20 years. We are proud to boast that over 250 Black belts were promoted with status and rank through belts and Dans, along with 4 Masters. Our Black Belts are promoted directly by our Grand Master Chong Lee, with a panel of our qualified instructors. It is with pride that the Belt is passed through his hands as the founding father of Tae Kwon Do in Canada.

Our school accepts children as early as 5 years old. We encourage the child to try a free class in order to give us the opportunity to evaluate their mental and physical abilities, so as to actually learn some basic technique. We are aware that some martial arts schools start children from 3 years old, but we feel that this is much too young to retain necessary information, to focus and pay attention so as to learn the basics, required in a martial art. It's at 5 years old the child develops the notion that this is more than an activity and they usually enjoy the classes on their own, instead of participating because it's an activity they have to follow. Also it prevents unnecessary injuries because at 5 the child is a bit more mature and understands safety in martial arts.

After many years of training grand Master Lee failed two black belt exams, but with perseverance, and determination he finally became a Tae Kwon Do Black Belt. In spite of this success, he still could not face his father with his accomplishment, however forced to wash his uniform, his secret was revealed. His father learned the truth. Although he was reprimanded, it was considered a small price to pay to see the pride shining in his father's eyes. Very few people became black belt's at such a young age, and his father agreed that he should focus his efforts entirely on Tae Kwon Do.

While learning Tae Kwon Do, Grand Master Chong Lee, decided to leave Korea and head to America. He wanted to study Engineering in the United- States. Very few people in those years left Korea and headed across the world. It was almost unheard of. Yet once again Grand Master Chong Lee accomplished his goal, in 1962 he left Korea, and realized his dream when he landed in the USA. Not knowing the language well, and not having any support.

He landed in Washington, in the district of Columbia, where he attended University and worked on improving his English. He spent a lot of his free time, around work speaking with children. According to him, children were the best language teachers. Eventually leaving the USA , he headed for Canada and landed in Quebec. making Quebec his home. He instantly fell in love with the Quebec hospitality and culture.

He studied French and became familiar with Quebec and Canadian culture. He accepted whatever work was available and spent his evenings teaching Tae Kwon Do and implementing the art in Quebec Culture.

Introducing a new martial art in Canada was not an easy task. Martial arts were almost unknown in the occidental culture, often mistakenly identified as Karate in spite of their difference in nature and philosophy. In order to clear the confusion, and properly distinguish the variations between Tae Kwon Do and Karate, competitions were organized where "Taekwondoistes" and "Karatekas" fought each other. In those days, protective gear was not used. They fought with their bare hands and feet. As the years passed and Chong Lee students' accumulated victories, the Master and his art conquered the heart of Quebecois. Eventually instead of fighting other martial artists from various arts, his students were fighting against other Tae Kwon Do students from other provinces. Grand Master Lee's students were the first Canadian champions. In 1977, during the first Canadian championship, Chong Lee's students won gold medals in nine of the ten divisions. Followed by Pan-American Games and the World Championships Grand Master Chong Lee coached his students consecutively for over twenty tree years.

Integrated with Canadian society for thirty-six years, Chong Lee and his satellite schools became a symbol of international performance in the sector of athletic competition. Grand Master Lee's teaching is renowned around the world and on a par with the Korean tradition, and in line with the official Olympic standard. Chong Lee is represented throughout Canada, the United-States, Mexico, Lebanon, Spain, Greece and Africa. It is estimated that there have been over one hundred thousand students in Canada with more than three thousand black belts. At least ninety-five schools in Quebec display his crest. Our school, WEST ISLAND TAE KWON DO, is proud to wear the CHONG LEE crest and to continue learning in his tradition.