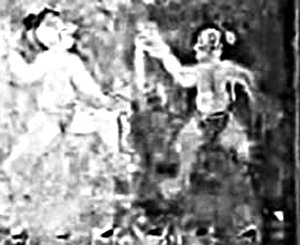 The History of Tae Kwon Do

Tae Kwon Do, was recognized on April 11, 1955 in South Korea. It was at this point that it was established as a modern martial art. The history of Tae Kwon Do can be traced back into Korea's early beginnings. Not much is known about the early people of Korea, but what is known is that immigrants from Northern China most likely crossed the Korean peninsula, bringing with them fighting skills to protect themselves from enemy attacks.

Young men were trained in unarmed combat to develop their strength, speed, and survival skills. Developed during the period of the three rival Korean kingdoms of Goguryeo, Silla and Baekje, the most popular of these techniques was subak. Subak was a combination of wrestling (Judo platform) and hand techniques. It was at this point that the Koreans also introduced the unique tactic of using their feet as weapons thus introducing the kicks we see in tae Kwon Do. This new technique became known as Tae kkyeon (aka: tae kyon) which means "the method of stomping or kicking." This notion was unique to Korea, and until today it remained a strong part of the Korean culture.

Another major influence on today's Taekwondo is the philosophy and code developed for training the youth of Korea's nobility during the 7th century AD. Only a select group of young men were chosen to demonstrate their natural ability to demonstrate their skills. This group were called Hwarang - - which means "Flowering men." These young men were cultured and taught skills to become productive members of society or strong military leaders, and or soldiers. They were taught arts, philosophy, music, poetry, and academics, and they were challenged physically to become skilled fighters. They studied in combat (most likely the grappling and kicking of subak and Tae kkyeon). They also were skilled horse riders, swordsmen, and archers.

During the 35 year of Japanese military rule following the 1910 attack on Korea, Koreans were not allowed to practice their native Martial Art. Practitioners would gather and practice in secret. Some Koreans studied at Japanese Martial Art schools, and learned the skills of Judo, Aikido, and Karate. Other Koreans traveled into China, and learned native fighting systems there to include what would later be taught in Korea as Tang Su Do ("The way of Chinese Hand").

During that time a young Korean, Won Kuk Lee (in Korean - Yi, Won Kuk), learned some Tae kkyeon (kicking method) in the streets of Korea before moving to Japan. He earned their Black Belt in Shotokan Karate under the renowned Karate Master Gichen Funakoshi.

In 1942 Lee began teaching his own techniques upon his return to Korea in 1944. Lee was granted permission from the Japanese authorities to teach the Korean system of Tang Soo Do (based on Chinese Hand fighting of the Tang Dynasty) for the first time in Korea at the Yung Shin School Gymnasium in Seoul. He incorporated his own unique methods of teaching one-on-one and called his school "Chung Do Kwan" (school of the Blue Wave).

Following the second world war, several Kwans opened up under various names, many of which were formed by Black Belt graduates of the Chung Do Kwan. Chung Do Kwan, founded in 1944 by Lee, was by far the fathering Kwan that was important in the organization and development of Taekwondo as a modern Korean Martial Art.

By the mid 1950's there were over 18 different kwans in Korea. Each kwan taught their own system. It was at this point that the original founders began to unite all the kwans into one centralized system, and create a name to encompass all of the systems as one Korean Martial Art.

It was determined that the Korean Martial Art was drifting away from its long-time Japanese influence, and becoming a system unique to the Korean culture, philosophy, and regaining the ancient knowledge of Subak, Tae kkyeon, and other skills that were nearly lost.

A new name was chosen to represent the modern organization in order to distance itself from the Japanese influence. Chung Do Kwan founder, Grandmaster Won Kuk Lee consulted a Korean language dictionary, and came up with the term "Taekwon-Do" .

On April 11, 1955, politicians, historians, and Kwan leaders voted on a name, and the one containing the term "Taekwon," was selected. Thus, the term "Taekwon-Do" was born in April of 1955. The art itself is a combination of technical knowledge, ancient warrior spirit, national culture and heritage dating back to the 1st century B.C. "Tae" means to kick; "Kwon" means to punch; and "Do" represents the philosophical approach to the way of life.

In 1980, the Tae Kwon Do federation introduced its sport to the Olympic Committee (I.O.C.). From 1982, it became an official demonstration sport appearing in the 1988 Olympics in Seoul Korea, and in 1992 in Spain. In 2000 tae Kwon Do became part of the medal system and the only fighting martial art. the only other accepted martial art in the Olympics is Judo.